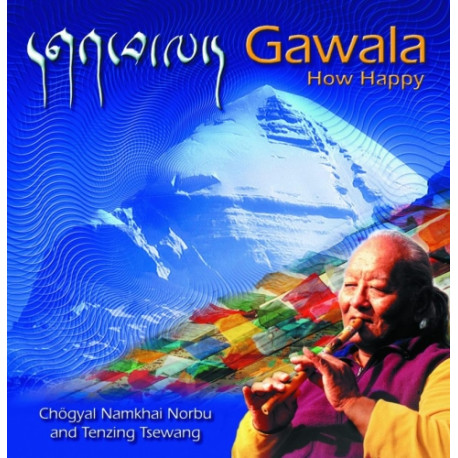 This CD is a unique collection of traditional Tibetan songs and melodies collected by Chögyal Namkai Norbu, which he and Tenzing Tsewang recorded in Australia.

"The man is Tenzing Tsewang, the voice is the kookaburra's, the mind is in a state of total beatitude..."; From Namgyalgar lyrics by Chögyal Namkai Norbu Rinpoche.

The teachings of Chögyal Namkhai Norbu were a source of spiritual and musical inspiration for Tenzing Tsewang in the last 20 years of his life. Chögyal Namkai Norbu is one of the primary living masters of Dzogchen in the world today. Born in Tibet in 1938, he has published extensively on Dzogchen practice and Tibetan culture including Tibetan history, medicine, astrology and Bön. He teaches throughout the world.

This CD is a unique collection of traditional Tibetan songs and melodies collected by Chögyal Namkai Norbu, which he and Tenzing Tsewang performed with the assistance of Trish Sperandio and Guna Studio in Australia. Tsewang carefully recorded all lyrics written by Rinpoche and included them here for your enjoyment.

Most of these songs have not previously been recorded, making this CD a precious cache of gems of the ancient culture of Tibet. This CD will particularly appeal to students of Chögyal Namkai Norbu, who will recognize many aspects of the lyrics and melodies.