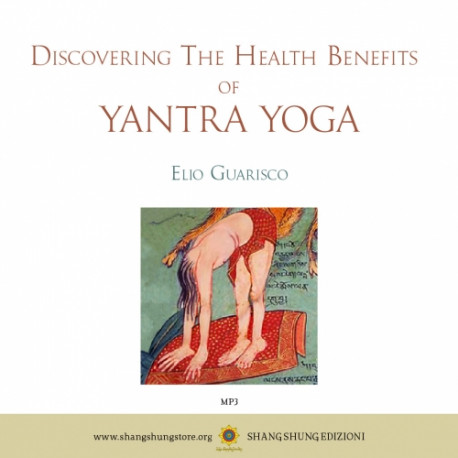 Understanding the potential health benefits of Yantra Yoga will inspire your practice and encourage you to make it a regular part of your life. Recording of a recent course with Elio Guarisco.

From July 27 to 29, 2014, Tibetan medical expert Elio Guarisco and senior Yantra Yoga instructor Laura Evangelisti led a course at Merigar West on the benefits of Yantra Yoga from the perspective of Tibetan Medicine as described in Rinpoche's books on Yantra Yoga.

This recording focuses on the explanatory sessions of the course, during which Elio Guarisco clarified how the movements, breathing, and mental condition that form a part of the practice are of benefit for the various energies and organs of the body as well as for the related functions. He also shed light on the way Yantra Yoga influences the energies connected to the emotions, consequently facilitating the process of healing illnesses and overcoming disturbances that obstruct our life force.

The course covered the benefits associated with each of the 108 Yantras, from the three preliminary groups through the five series including pranayamas to the seven lotuses, from the perspective of both Tibetan Medicine and Vajrayana. A recording of the course is now available as a CD or downloadable MP3.

It expands on and complements the recording of the 2013 course on Yantra Yoga and the Vajra Body, also with Elio Guarisco, which covered the fundamentals of Tibetan medicine in general as well as the principles of the Vajra Body, tsa (subtle channels), lung (prana), and thigle (essence).