> English language products>Books>The Little Song of Do As You Please
Sale! 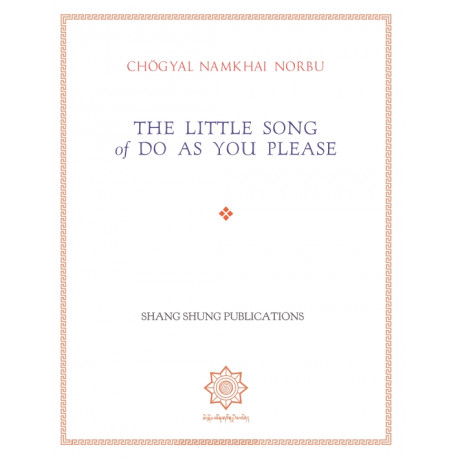 The Little Song of Do As You Please

On the morning of the 20th of January, 1985, while I was teaching in a Buddhist temple in the city of  Sidney, Australia, a young man who said he belonged to a center of the glorious and unequalled Riwo Ganden tradition asked me: “How can you practice the Dharma and teach others when you live as an ordinary lay person?”

On the morning of the 22nd of January, while on a plane from Sidney to Coolangatta, I, the Dzogchenpa Namkhai Norbu, spontaneously composed this little song that contains the meaning of my response to that question.

May this be auspicious!

–        from the colophon by Chögyal Namkhai Norbu

This booklet is a revised edition of the original translation by Enrico Dell’Angelo, published in 1986 in Italian as well as in a translation from the Italian into English by Des Barry.